I’m reticent to admit this, but I got quite a disheartening letter regarding my blog not long ago. Though I’m usually quick to dismiss blog hate-mail, this particular earful caught my attention and really hit where it hurts. Out of respect for the writer of this heart-felt correspondence, I’ve scanned the letter to share with all of you: 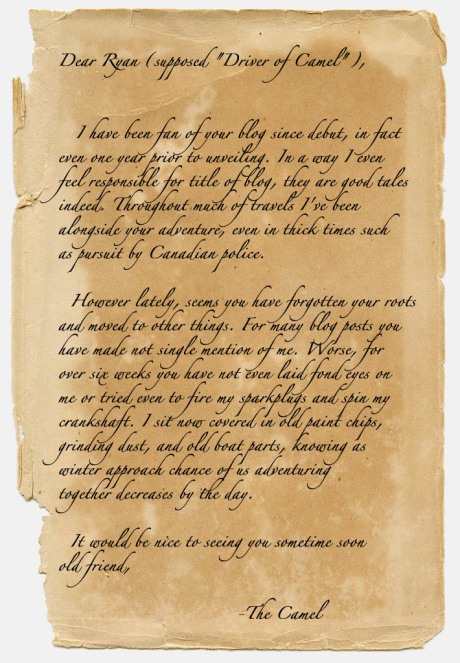 Poor thing! What could I do? Well, snow wasn’t quite falling and one sunny afternoon in the 50’s begged for a little trip to make amends with the Camel. I brushed off the paint chips, did what I could to apologize to the ugly beast, turned the key and lo the engine fired right up like some furious demon unlocked from the crypt.

Turns out six weeks of two-wheeled abstinence builds up more than a little frustration (and not only for the Camel, seems that the driver was in need of a good ride as well!) Soon we were headed south on the St. George peninsula, whipping through curves and blasting into straightaways like a bat out of hell. Even found some beach-side granite to play on. Not a bad afternoon if I do say so myself. 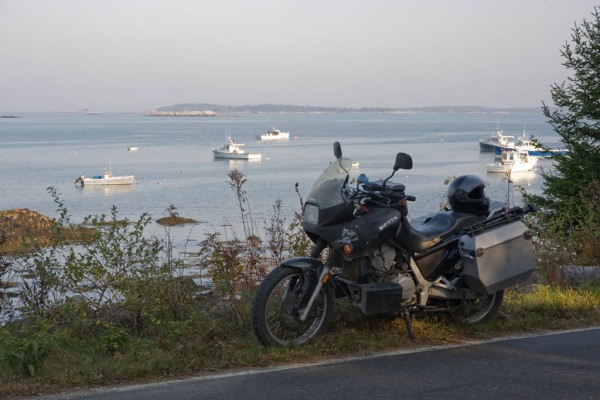 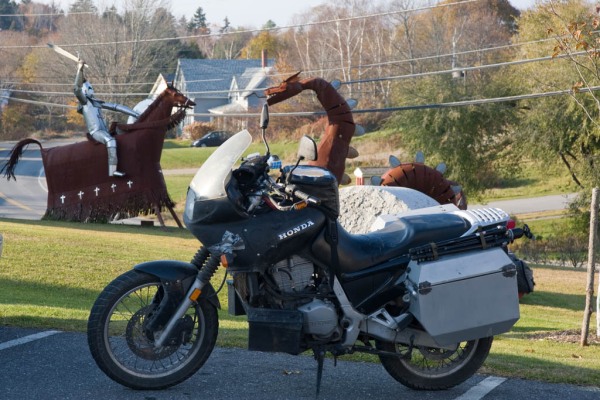 A tribute to the battles between knights and dragons which used to be common around Tenants Harbour. 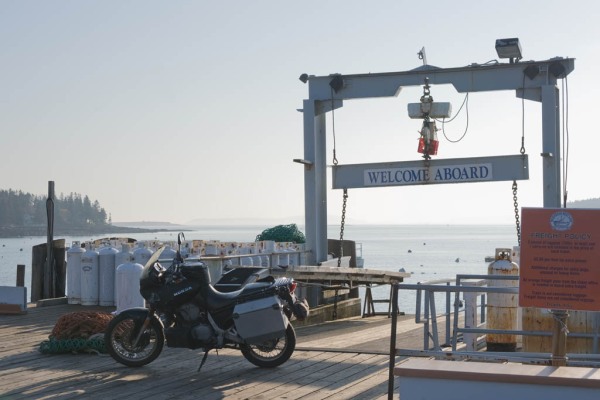 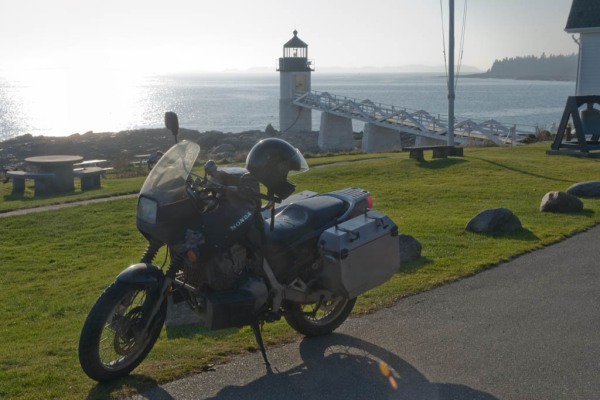 End of the road - the Marshall Point light near Port Clyde. 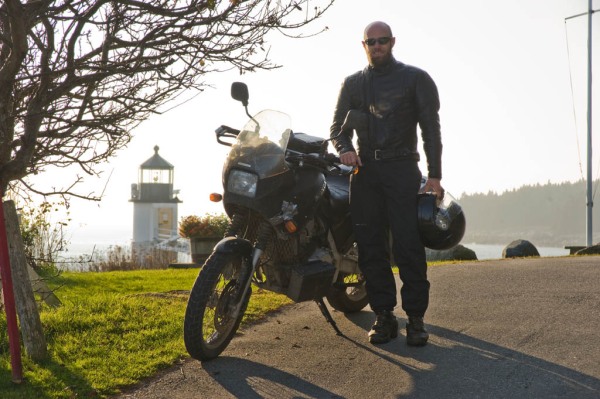 Camel and driver, friends once more. 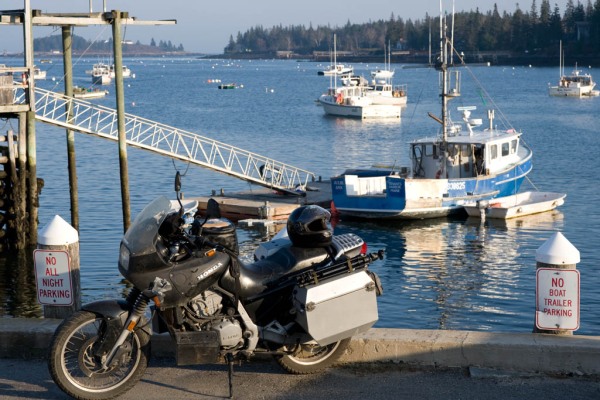 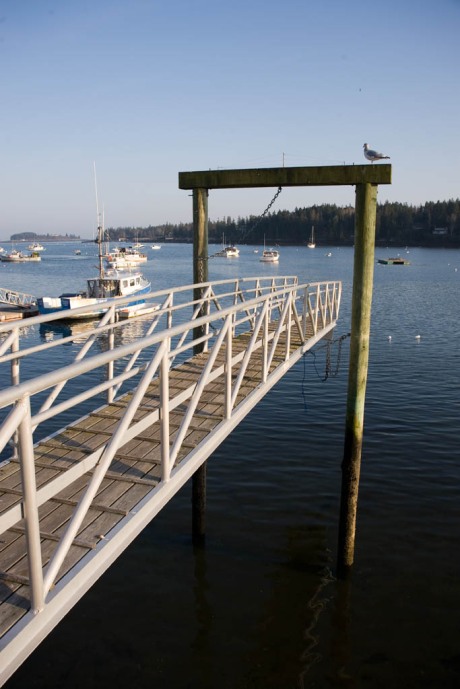 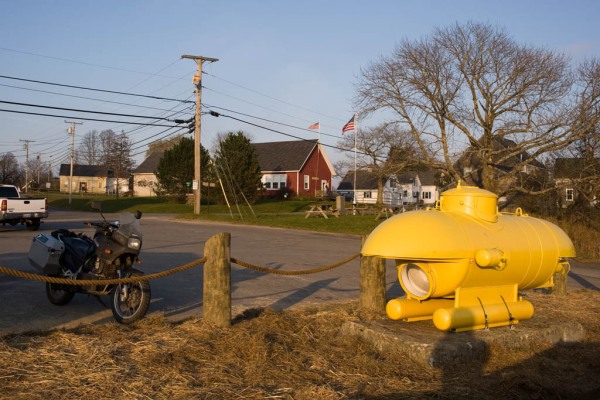 A personal submarine at the Keag Store in South Thomaston. Is it just me or does it look designed to accommodate a camel's hump? 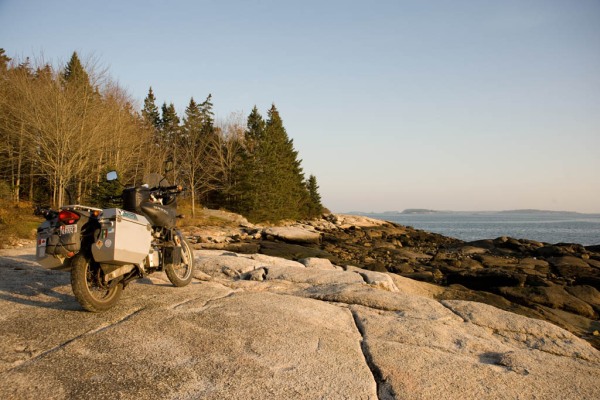 Rock crawling at an undisclosed location.

This entry was posted in Ride Report. Bookmark the permalink.