Throughout the year of preparing the Camel, friends and family looked on with excitement, curiosity, and sometimes horror as it was transformed from a streamlined, clean, and shiny motorcycle to an awkward, dirty, and utilitarian machine. Not least of these was the delightful but brutally honest Katie. One day after installing some awesome aluminum side bag panniers, Katie rolled her eyes and said, “Really Ryan, you’re giving the motorcycle hips? Really?” 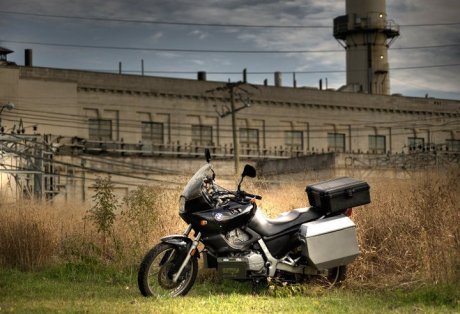 Hips and some junk in the trunk - HDR

Not long after that Katie, ever the Shakira fan, started calling the upcoming adventure the “Hips Don’t Lie Tour”. Much to my chagrin the name stuck, though I have to admit it is pretty catchy.